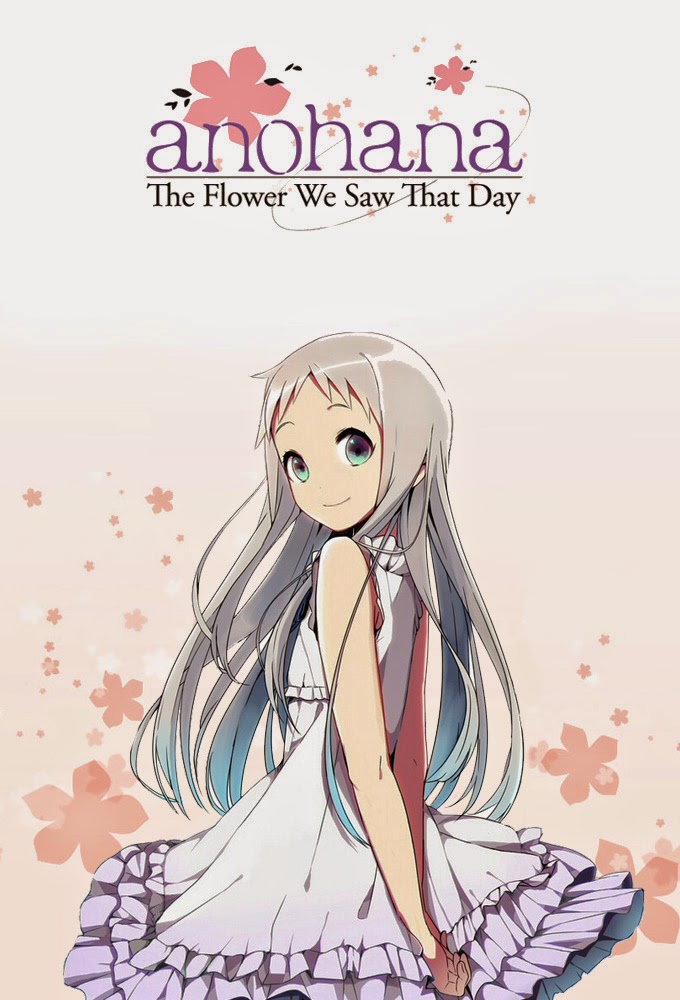 No plot section this time, guys. Since this is the first time I've ever done an episode-by-episode recap style post, I've decided to go into this completely blind. Yep. I didn't even scroll through the TV Tropes page. As soon as I saw it on the list, I immediately searched to see if Hulu had it, since I had already watched the top 1 & 2 anime (unsurprisingly).

No screen caps, since Hulu does the thing that shows the episode banner when you pause, and the screenshot button on my laptop is messing up anyway. Maybe next time!

One of the very first scenes is Unknown male #1 telling Unknown female #1 that her breast has grown since an Unknown date. The very next scene is a sweaty, seemingly teenage boy with bangs up in an "apple tail" playing video games. There's a little white-haired girl seated next to him, whom I'm assuming is inquiring him about the game he is playing. After angrily mumbling something about Abacus, he suddenly stops and his popsicle stick falls out of his mouth.

Okay, so for now I am thinking that they are somewhat like...brother and sister? Albeit she looks nothing like him, but they'd have to be pretty, pretty good friends for her to be allowed over while his parents are out. Then again, maybe that's just an American thing...or maybe that's just me.

Well, skipping this part for fairly obvious reasons, Jintan faints in a slur of God-knows-what. The funny thing is, Jintan's father asked why he had done so, which is confusing to me. Did he not see the human being in his lap or is he just that terrible with his surroundings?

Voiceover. It looks like a flashback from when Jintan and Little white-haired girls were kids, with a few other friends. Little white-haired girl is wearing the same clothes she wears in the present day, but as this is an anime, I will look past this. The kids are doing regular children activities; climbing trees, picking up little insects like animals, getting dirty...Jintan seems to be quiet popular amongst his friends. Yeah, you go, Jintan. I bet he's made a few 1st grade girls cry.

Menma calls out to Jintan, but hesitates on giving her reason when he replies.

There's a lot that I've noticed and gathered from the opening theme sequence. First, in the very beginning when they were showing the small gang of friends growing up, Li Menma's place is instead filled with a flower. Second, I can already tell this anime is going to focus greatly on the main cast's childhood, as each and everyone one of them got a look to their past selves. There are a lot of things to which I've put inferences, but at this moment I fear that saying so will have me shunned by the Ani-fandom for being too dim for this earth.

So we are now back at Jintan's, where he is resting on the ground with small blanket and a cooling pack under his head (I'm guessing these are from his dad and I am laughing). Suddenly, Menma appears on his torso, though she was not there in the wide shot.

Is Menma even real? Was she just Jintan's imagination to begin with? What if, huh? What if Menma wasn't real from the start, but instead an imaginary friend created by Jintan and his friends, hence why she wasn't in the very beginning of the opening, because they grew up or something? I know I'm wrong.

Jintan is now convinced that she is just a vision brought on by the summer heat and his stress, confirming my suspicions on whether or not Menma was an actual, living human.

But whatever, she's still super cute.

Jintan asks why she suddenly reappearing at a "time like this", and though Menma claims to have no idea, she feels like she was sent to have her wish granted. Surprise: she also has no idea what the wish is. There had to be a plot starter somewhere, and I guess this is it. He asks her to remember as soon as she could, and she exclaims that it is a wish that can only be granted with everyone together. Everyone meaning the friends from earlier in the episode and the opening sequence. We're getting the band back together.

A girl appears at the house dressed like something you'd find in any rich-division middle school right now. Menma runs to hug her, but the girl does not feel or see her, and is unable to hear her voice, much to Menma's disappointment. The girl has arrived to drop off Jintan's break homework a few days before the end of break, and Jintan says that if she planned on showing up so late, she should've just thrown it away, also adding his desire to not return to their school. The girl calls him pathetic and the tension levels in the room skyrocket Heaven-level. The girl leaves and Menma asks Jintan why he did say anything to "Anaru" about helping him grant her wish. So...Anaru is a member of this little friend gang?

Anyway, Jintan explains to her that Anaru is not the same girl she was in the past, contrasting Menma's statement about her being a sweet girl with tons of video games and comic books. She grows upset at Jintan for badmouthing her friend, and it is very obvious that it's been a while since she's last seen the group. She demands that Jintan has a sudden flashback moment to smaller Menma screaming his name in a similar fashion. He tells Menma that she can ask Anaru, but in all truth, none of the friends are exactly the same as they were when they were kids.

Scene changes to Menma calling up to Jintan on his stairs. He walks down, outfit complete a green beanie and huge glasses, a style that resurfaces as a trend again only last year. He walks to the door, but stops at the sound of women conversating outside his house. His mother, perhaps? Does she have anything to say about a small ghost girl living with her son? No, it's just some ladies having a passing by talk. They turn towards Jintan, who has just slammed his door open. Menma gleefully jumps out the house and into the street, but looks back at Jintan standing sheepish in the doorway, bowing slowly to the ladies.

This part is funny, because Jintan is the only person who can see, hear, feel, or talk to Menma, so him telling her to shut up seemed sort of crazy through their eyes. They immediately gasp and look away, as one would when not wanting to be noticed after an embarrassing situation, towards some...trees? Of all places.

The duo take a small walk around the city, passing places such as...WcDonalds. Nice save. Two boys are walking towards Jintan, but he looks at the ground while they pass. Menma asks if their his friends, but he declines coldly. Voiceover. Jintan explains how nobody really cares about him, not even someone in his used to be tight knit group of friends.

Alright, I'm stopping here. This is about halfway through the episode, at the 11 minute mark. It's currently 1am and I am having trouble keeping my eyes open, with the added tasks of watching this show, typing up this review, and trying not to put down the random song lyrics popping into my head due to exhaustion ((I might have to proofread this later, just in case))